A variety of controls made possible by a film-type 3-axis force sensor that allows you to "push," "twist,"
and "shift" with one fingertip

Not possible with a conventional joystick or mouse

To realize a more intuitive and free interface

Quantitatively detects the frictional force of the finger pressing the film surface.
It is possible to input operations such as twisting, turning, and shifting that could not be controlled with the conventional controller at one fingertip.
Since it is possible to measure the ability (volume) beyond the on / off judgment, it is possible to control the speed and movement amount.

Thin and light film type sensors can be mounted on curved surfaces.
Various shapes such as flat sheet, grip type and ball type are available.

Free choice of surface materials such as leather and rubber

Various design sheets can be attached to the sensor surface.
Depending on the purpose, the design can be given by laminating leather, rubber, cloth, etc. 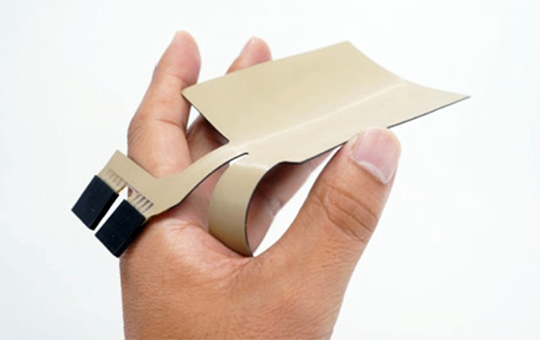 Simultaneously detects the force (pressure) and the sliding force (friction force) of the fingertip pressing the film sensor.
Because the frictional force can detect 360 ° rotation, it is possible to capture the subtle movement of the fingertip while pressing one point. Since the friction force can be measured not only in the direction but also in the magnitude, it is possible to input the magnitude such as volume and speed.
Compared to joysticks and cross keys, you can enter the direction and amount of movement at the same time with just a few finger movements. 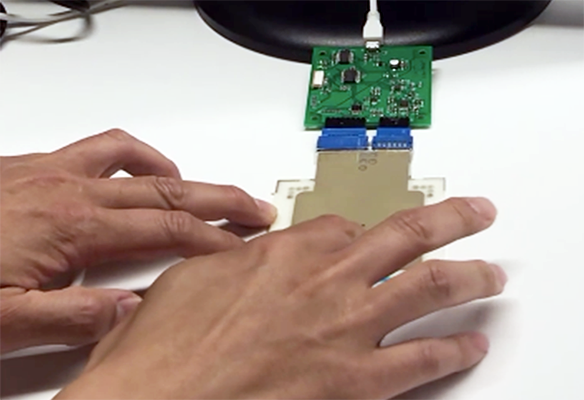 Multi-array sensor can be configured

With a sensor matrix arranged at a pitch of about 3 mm, it is possible to form an input device that supports simultaneous input of multiple points.
You can also add volume information such as speed and area enlargement / reduction to pinch operations such as “twist”, “pinch”, and “spread”.
We realize input operation that we cannot express with touch panel and touch pad. 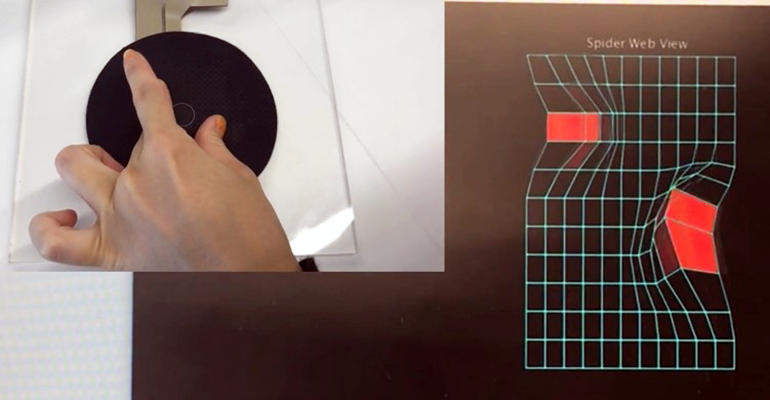 Because the sensor substrate uses a flexible film, the device can be formed into a curved surface.
You can input actions such as “grip”, “twist”, and “squeeze”.
It can be used for product development and performance evaluation by laminating it to various products such as handles and control sticks of transportation equipment such as automobiles and aircraft, grips of sports equipment such as golf clubs and tennis rackets, and surfaces of musical instruments such as violins and drums. You can take advantage of it. 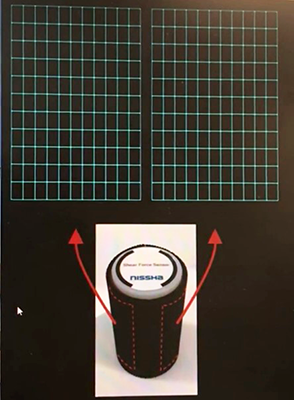 Can be used with such products