Quality and support based on 30 years of experience 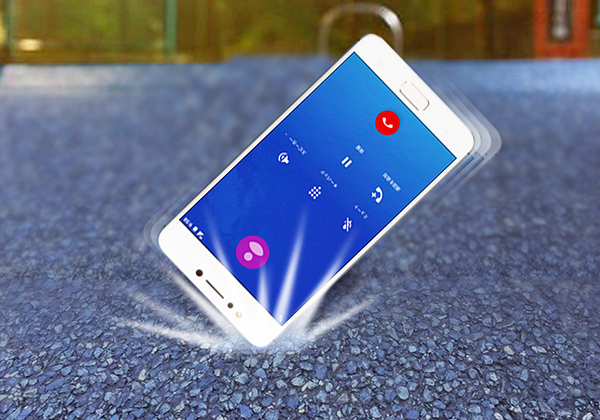 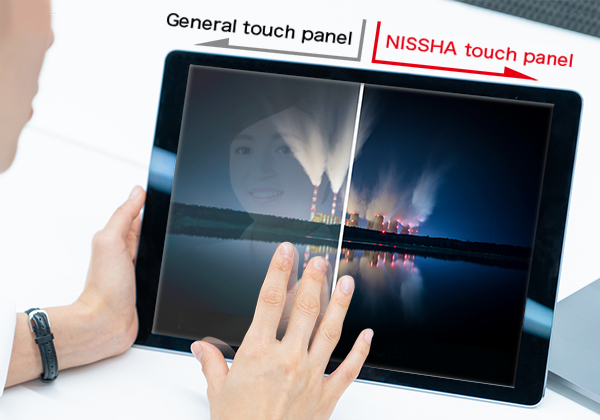 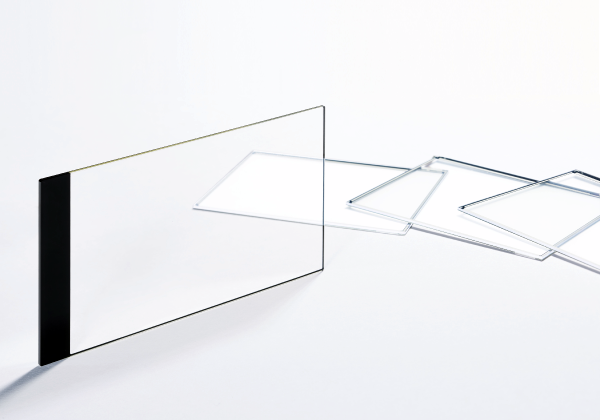 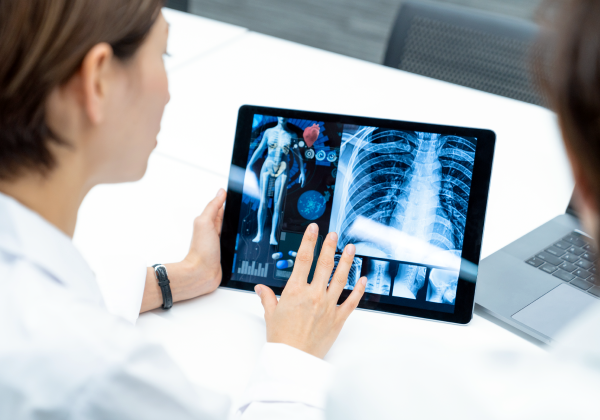 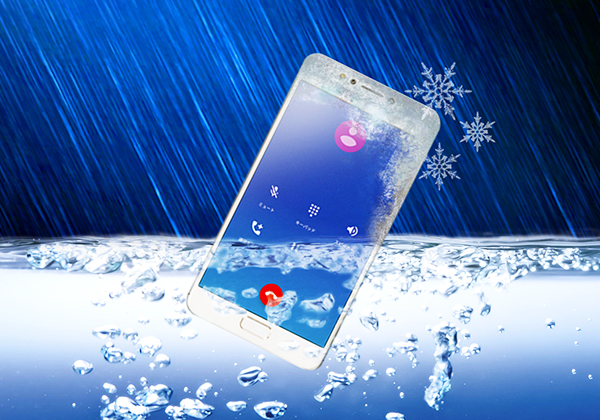 Touch input even in harsh environment 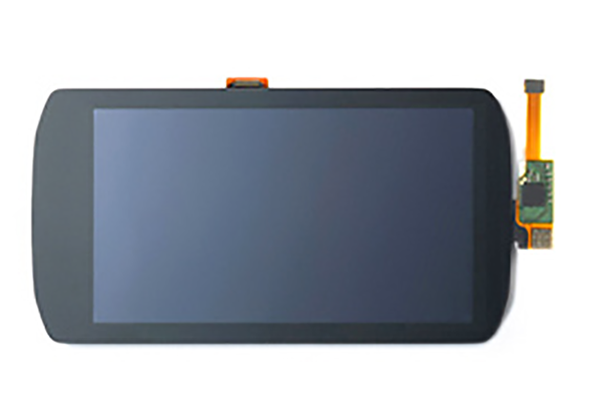 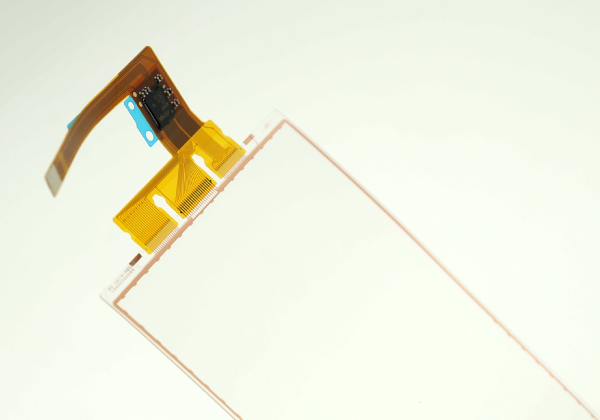 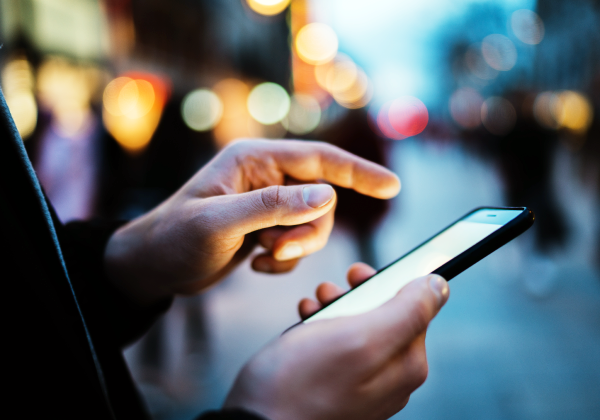 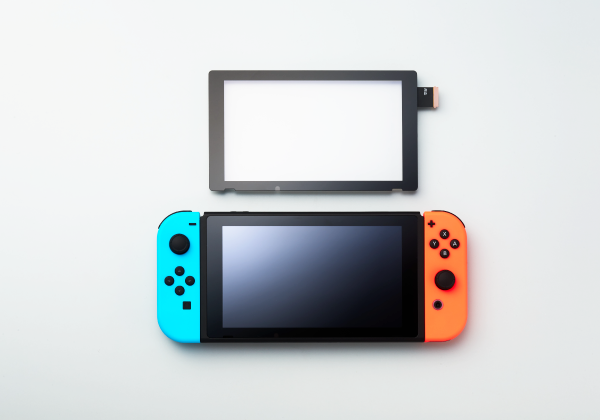 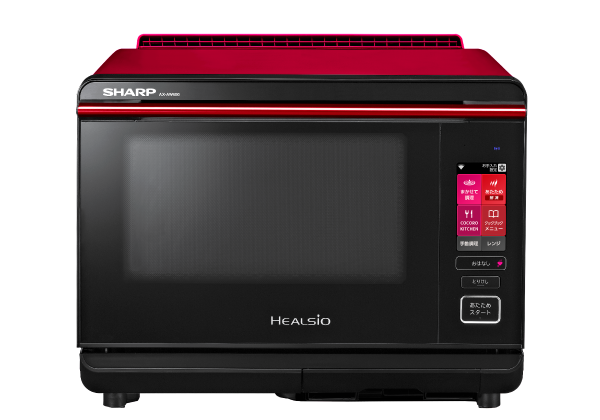 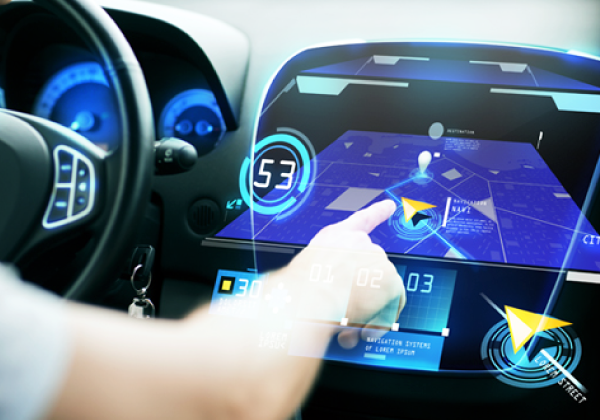 In a general capacitive touch screen, a sensor module is formed by bonding two transparent electrode substrates for X-axis electrodes and Y-axis electrodes with an adhesive.There were problems with this manufacturing method, in which two electrode substrates and an adhesive were laminated, such as “Thickness increases” “Optical characteristics deteriorate” ” Difficulty to improve pattern positional accuracy.” 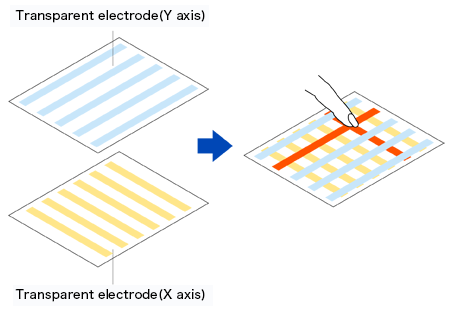 NISSHA has introduced a process of photo-etching a metal thin film formed on both sides of a film substrate, and has developed a technology to consolidate sensor patterns on a very thin film with a thickness of 55 μm. The touch screen module has been made thinner.
Furthermore, the adoption of photo-etching processing makes it possible to configure minute sensor patterns with extremely high positional accuracy. 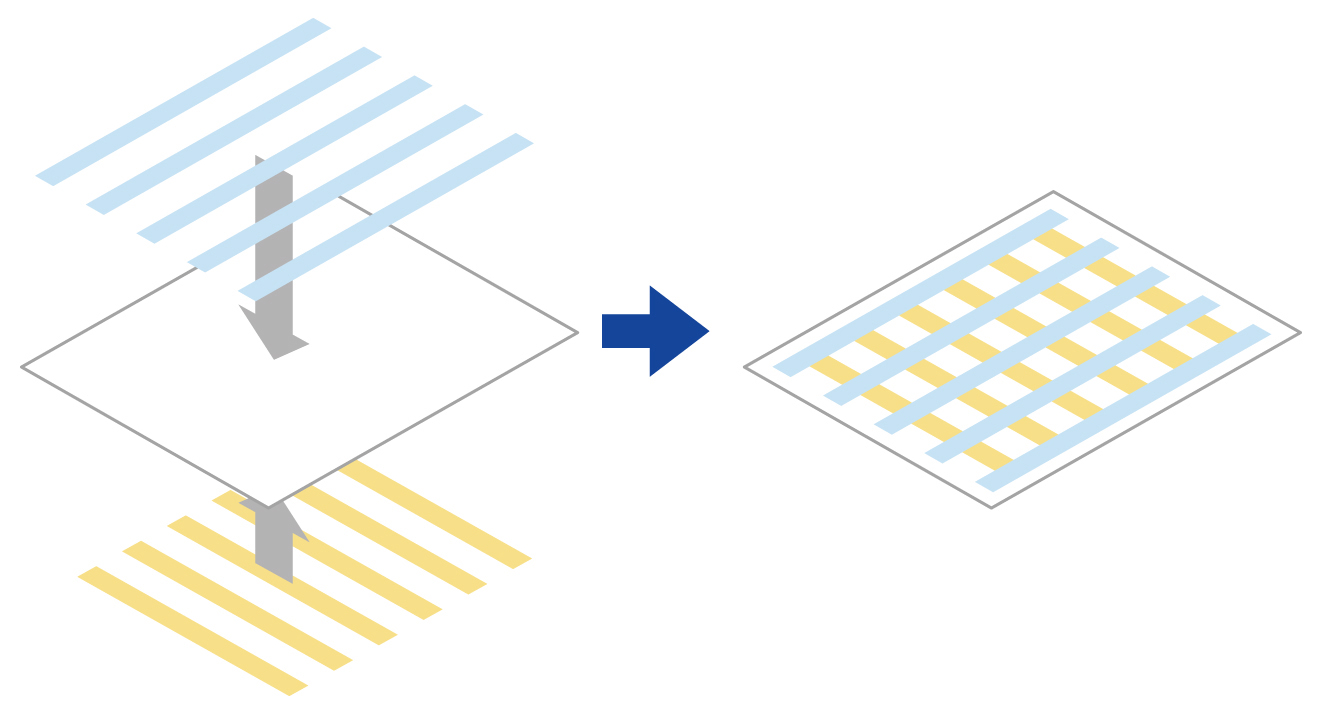 COP (cycloolefin polymer) is used for the base film.
COP film has high transparency and excellent optical isotropy, so it is a substrate with few visibility problems such as Newton rings (rainbow view).
There is little reflection, and the image on the display can be displayed more vividly.

NISSHA’s photo etching process patterns the transparent electrode (ITO) and the lead wiring (Cu) in one process. As a result, it is possible to align the ITO electrode and the Cu wiring with high positional accuracy. Furthermore, by drawing a fine pattern of Line / Space = 10/10 μm, a narrower frame that minimizes the area of ​​the lead-out wiring is realized. The sensor area has been extended to the edge of the display. 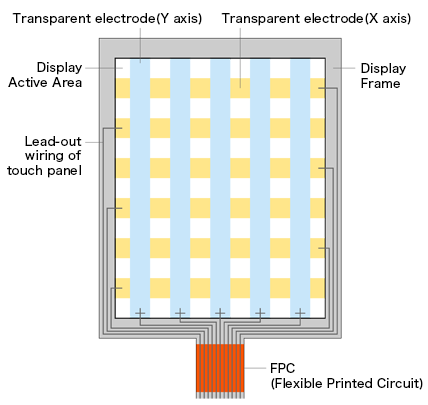 We have accumulated various process know-how for punching film touch screen patterned by the roll-to-roll method into individual pieces and processing them into the form of modules that can be mounted in the final product.
We deliver not only film sensors but also composite modules with cover glass and LCD attached in a form that meets the needs of our customers.

NISSHA has also developed a technology (In-mold Electronics) for integrally molding a plastic cover and a film sensor. With this technology, it has become possible to provide touch screen modules with excellent design characteristics such as a light-transmitting design (dead front) and soft touch.
It can be used for various purposes such as center display (CID) of automobiles and control panel of home appliances. 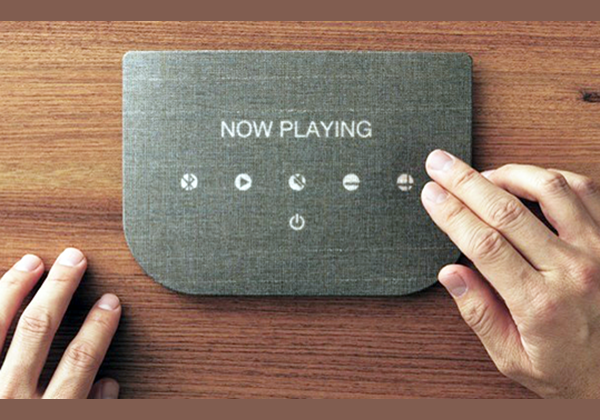 We organize a project team for each project and support from design study to prototype production to mass production. 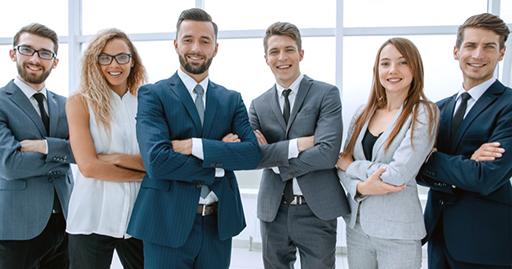 We provide fine-grained after-sales support based on our ability to cultivate business with demanding customers such as smartphones and in-vehicle devices. 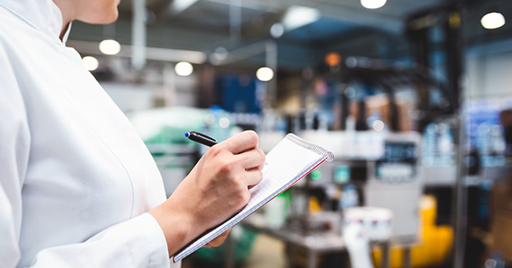 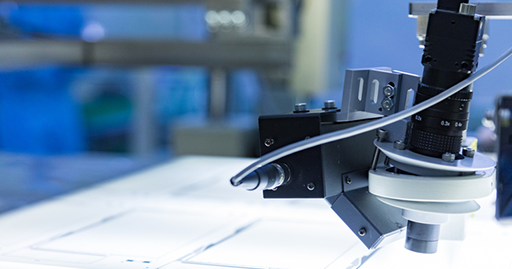 Other touch screens are introduced in “What is a touch screen?” We are good at the capacitance method, but we will propose the most suitable method according to the usage environment.